INDIE OPS: A WEEK OF INDEPENDENT BOARD BRAND TESTING AT JACKSON HOLE POWWOW

Masterminded by Aaron Lebowitz, a former PowWow alum, Elevated Surfcraft are best described by Lebowitz as, “Snowboards tailored to the trim line for high-altitude surfing. Each one is shaped to approach the wave of the mountain a little bit differently, and they are a type of exploration in vessels moving across water.” 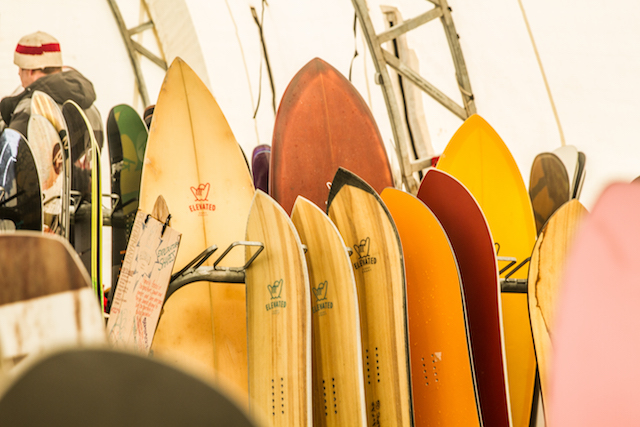 Elevated draws inspiration from the beaches of Malibu, so it was only right they showed up with some surfboards to PowWow. Elevated Surfcraft photo.

Growing up on the beaches of Malibu, surfing was an ingrained part of Lebowitz’s life. After relocating to Montana where the water he was riding was the frozen type, he experimented on different boards searching for the perfect compliment to the movement of surfing snow. It wasn’t until visiting the Japan though, that Lebowitz discovered an even wider variety of board shapes that could be applied to the mountains.

“It was just years and years of riding different types of boards, trying to find something that would match my movement on the mountain. I went through everything I could think of and it wasn’t until I went to Japan and saw the plethora of shape variability that could work in all sorts of different ways, did I really even start to think that there might be something different,” said Lebowitz.

From there, the idea of creating shapes to harness the power of surfing in winter began to resonate. Connecting with a buddy who owned a press, Lebowitz began drawing out shapes which lead to the creation of his first board. Impressed with how it rode, he continued building and producing his own models centered around surfing. Four years later, Elevated Surfcraft produces three core shapes designed around the idea of creating high performance vessels for different types of movements on the mountain. 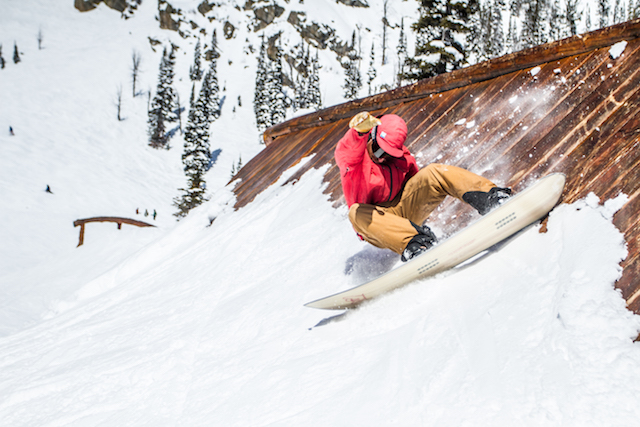 Why we love it: As Lebowitz has honed in on his craft, he’s started to play with the idea of designing different boards for riding specific mountains. For example, the Goldfish is best ridden on Lost Trail Powder Mountain in Montana, excelling in low angle terrain where it bobs and swims through the trees. Beyond that, each design is based off traditional surfboards templates that are translated to the perfect wave equivalent in the mountains. Bottom line: If you’re looking for a homegrown true surf experience in the snow, start with Elevated Surfcraft.